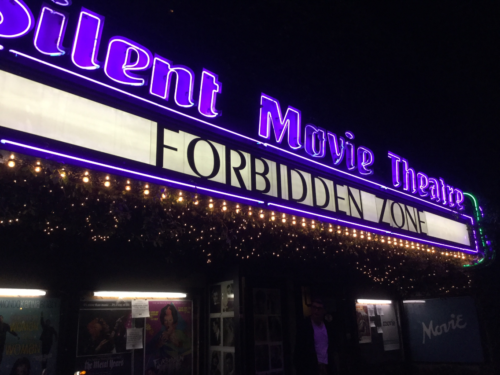 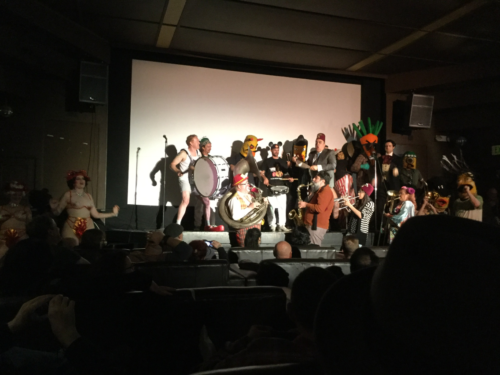 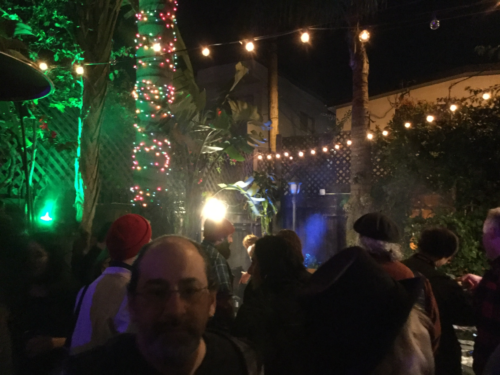 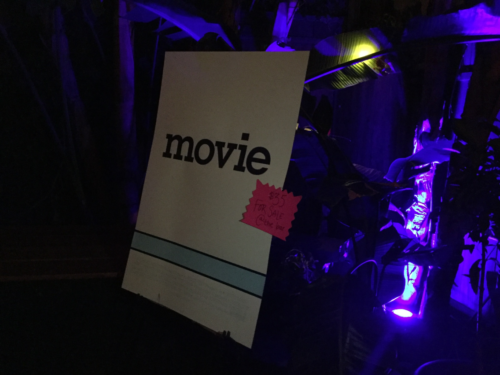 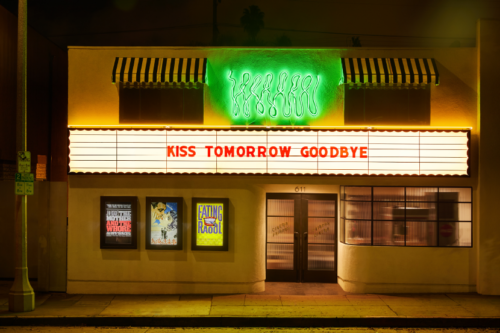 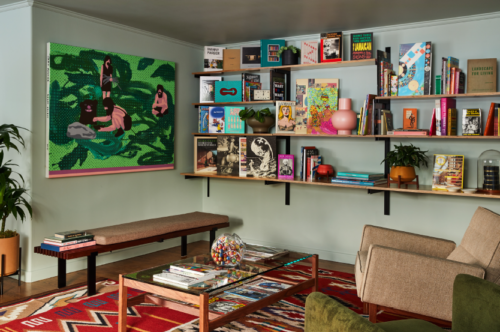 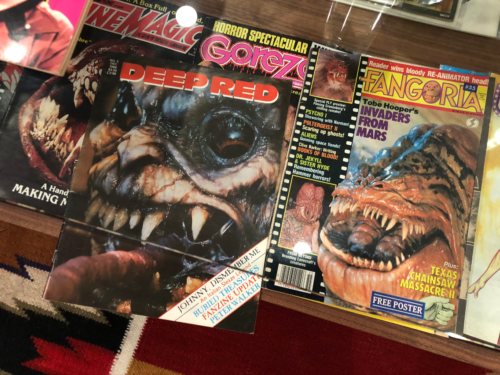 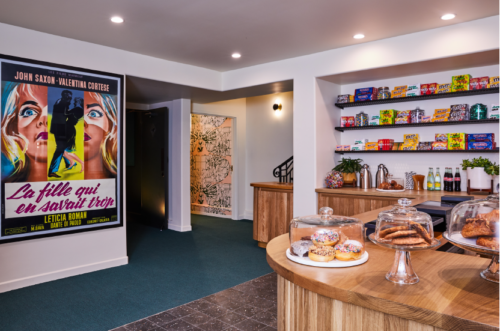 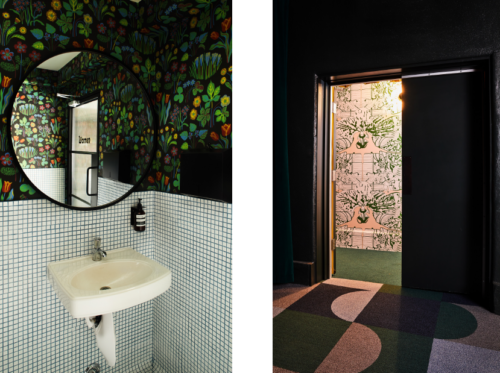 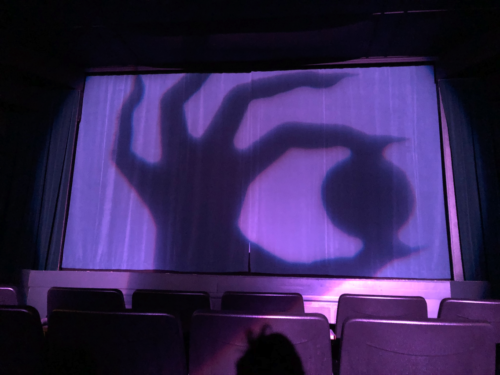 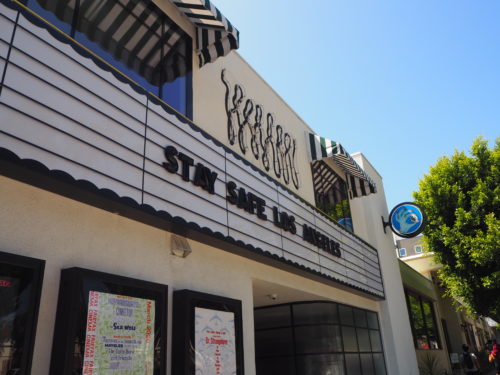 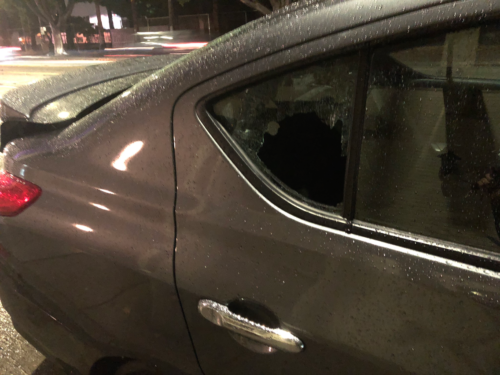 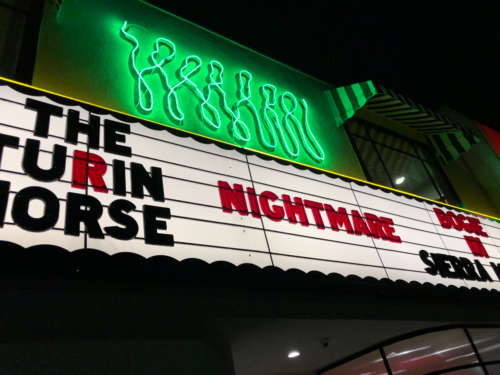 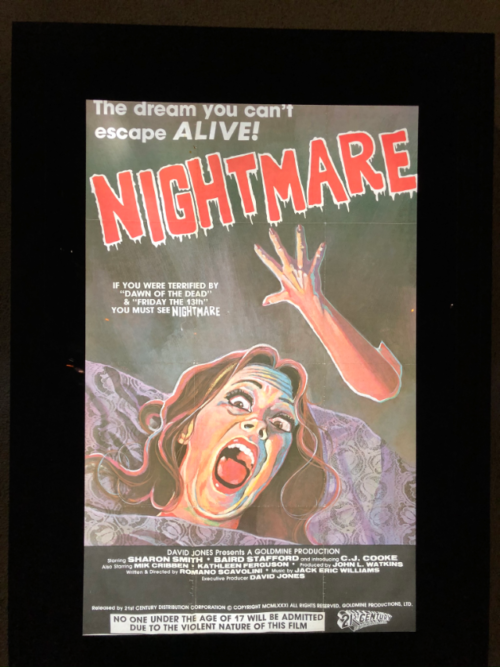 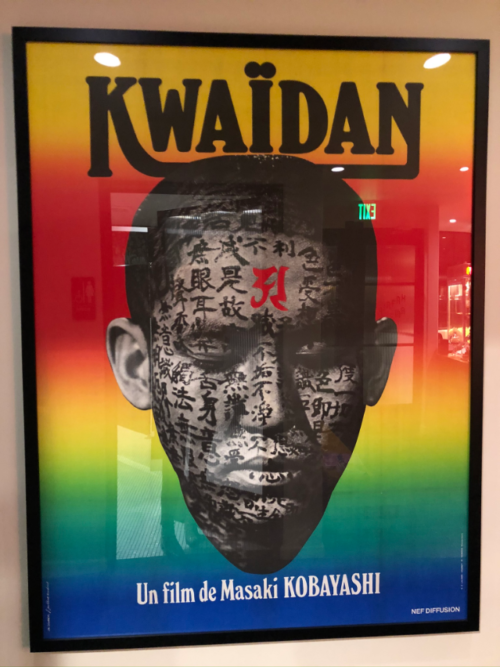 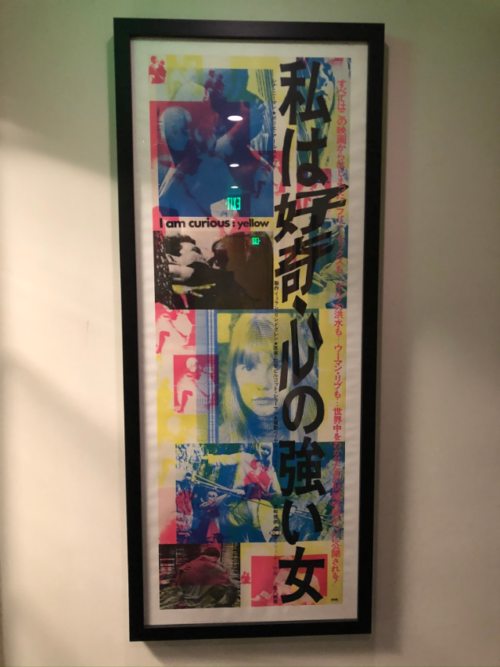 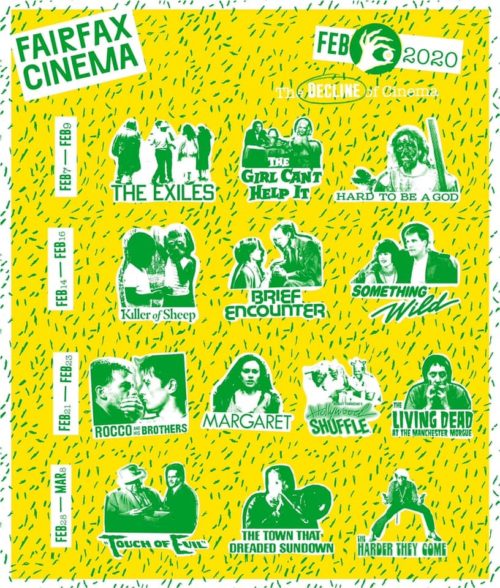 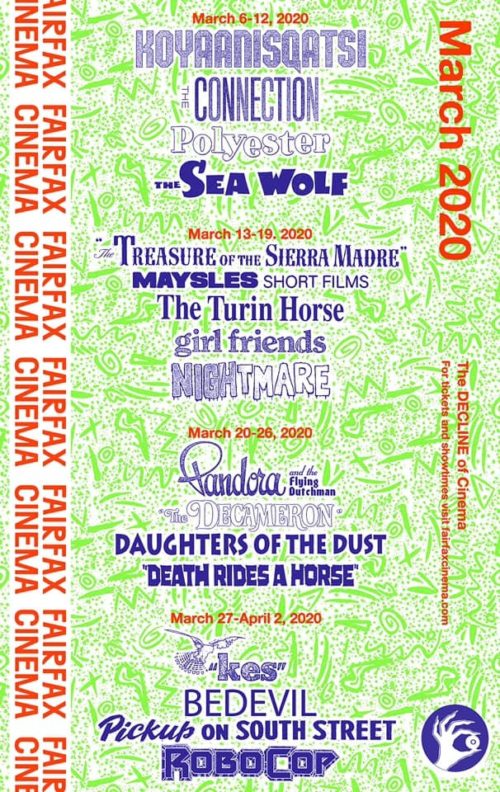 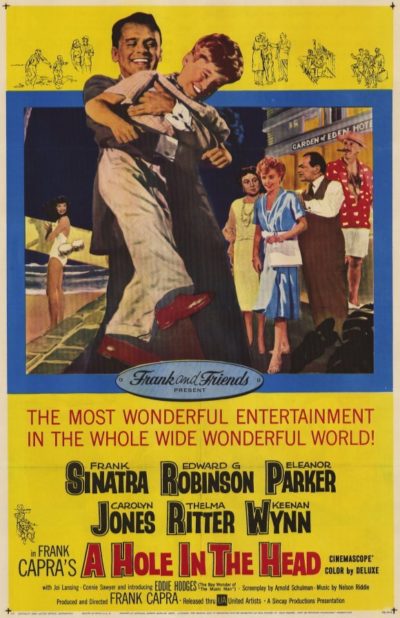 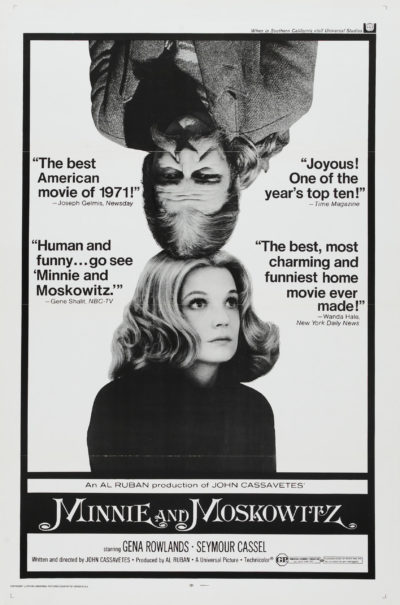 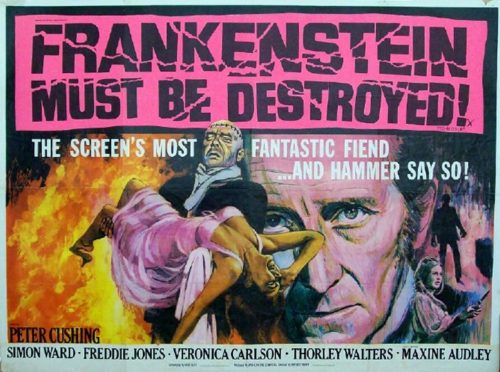 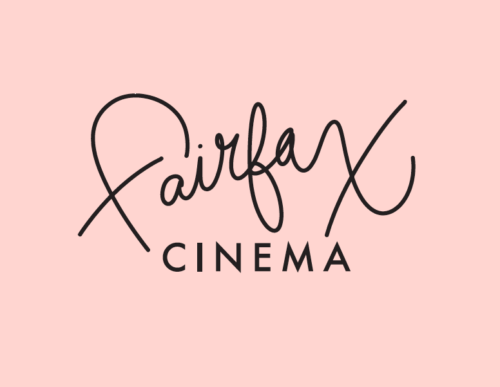 The Cinefamily, a silent movie theater that had been familiar to residents of West Hollywood, LA since 1942, this venerable movie theater underwent a dramatic change on Halloween 2007. It was reborn by Hadrian Belove, a local celebrity, and co-founder of Cinefile Video, a specialty video store, and Sammy Harkham, co-owner of Family Bookstore. With the novel and thought-provoking programs, the theater had organized events featured Robert Downey Sr & Jr, David Lynch, Anna Karina, and other captivating guests. After the weekend evening screening, they held a party in their unique courtyard of "Patio," where the cinephiles, wrapped in continuing excitement, shared the experience they had just gained behind the door with a drink in hand. It was hard to imagine L.A. without the Cinefamily - a place in the spirit of L.A. pop culture that has won over the hearts of cinephiles.

Even so, in 2017, a significant scandal came to light. An anonymous email exposed that Hadrian sexually harassed employees in 2014, and it ended to a settlement with the victim, as well as that board vice president Shadie Elnashai "raped multiple women" (Elnashai denied the allegations). The two resigned from Cinefamily. Brie Larson, who served on the advisory board, got to know the incident and spoke out on Twitter, saying, "The allegations at Cinefamily are upsetting to me personally, both as an advocate for sexual assault survivors and a member of the community. Firstly, I would like to thank the brave survivors who spoke up," she said, revealing her anger. After a series of investigations, Cinefamily had been decided to close down. Forever. No matter whom I asked, they sadly shook their heads that there would be no reopening, given the seriousness of the incident in which the executives were allegedly involved.

I could not believe it when I heard the news that the theater would be reopening as Fairfax Cinema on December 25, 2019. The film chosen to mark a fresh start was the 35mm version of "Uncut Gems," directed by the Safdie brothers and starring Adam Sandler. However, the distributor A24 had to cancel the screening due to various reasons. That was a shame! After all, the theater showed a double-feature of "Variety" (Bette Gordon, 1983) and "The Hitch-Hiker" (Ida Lupino, 1953).

Fairfax Cinema, with its young staff, began a vigorous movement toward becoming a cinema that would be loved by the community. The building has been almost completely renovated. The mysterious ivy-covered exterior has been transformed into a chic, art-loving surface. The second floor is now a cozy bookstore where you can enjoy rare movie magazines and zines, and the courtyard, "Patio," once a symbol of the Cinefamily era, continues to be used as a cafe. In addition to the regular popcorn, the entrance stall sells pastries and doughnuts, and a delicious smell greets you. What amazed me was the toilet. As soon as I opened it, I involuntarily let out a "wow." The white and bold floral two-tone patterned walls were gorgeous! In the Cinefamily era, there were various forms of sofa seats for the members-only, but all the somewhat decadent seats were replaced with soft chairs that ultimately embrace the audience's whole body. There is a sense of warmth and nostalgia as if you could hear the voice of "Thank you for coming" or "Welcome home" from the entire building.

However, this is the case. This year, theaters were once again forced to close due to the COVID-19 disaster that spread around the world. It was three days after my last visit. The news was that San Francisco was locked down, the Canadian border might close, and L.A. would be locked down soon. We rounded up our plans and headed home.

Someone broke the back-seat window of our car while watching "NIGHTMARE (1981)" here. I pulled into a street parking lot very close to the movie theater, and when we came back about two hours later, we found it. Fortunately, there was no damage, but the time was near midnight. Even when I called the police, I could not get a hold of them. We went back to the theater and asked for help from the staff who were getting ready to leave. They gave me the number of a police station that was easy to connect to immediately and helped us until I could get in touch with them. The car thief seems to have come as a shock to the staff. There was a similar incident a few months ago. Still, the area around the movie theater is not a particularly dangerous place, and you can walk around even in the middle of the night. We were surprised, too, that the number of homeless people seemed to be increasing every year compared to when we first came to L.A. six years ago. While we have heard the term "a poor white" many times, it was an event that made us feel that a change was taking place in the society of the U.S. I would like to reiterate my gratitude to all the staff, who served us doughnuts to say that "At times like these, sweets are the best."

After I sent out an email thanking them and telling our safe return, I started talking to Daniel Gross, one of the staff members in charge of programming. I was inquisitive about hearing how they are coping with this hardship and preparing for the upcoming reopening of the cinemas, so I asked them. With his permission, I would like to introduce our conversations.

The questions and answers with the program director of Fairfax Cinema, Daniel Gross

■I want to know the detail by whom and why the theater was decided to re-start.

Daniel: Dan and Sammy Harkham have owned the building since 2006 (I think). After the previous tenant, Cinefamily, fell apart, the Harkhams decided that they wanted to create their own movie theatre - ensuring the 80-year history of the Silent Movie Theater was kept alive, whilst also developing a more active role in the direct running of the business.

■What is the most important thing when you run the theater, and you decide the program?

D: Before I came onboard as a programmer, there was a clear idea laid out by Sammy and the original programmer, Kate. They wanted to fill in the gaps that were missing from the repertory scene in LA; there are cinemas in the city dedicated to genre film, to art film and to 'canon' style films. D: Many programs are built around overt themes or individuals. Our idea is to explore variety, to think about each film in a range of contexts, rather than within a specific framework or codification. When we lay out the program, I always ask what is missing, who is not being represented, what era/genre/subject/culture have we not explored yet. We then build the weekly and monthly program according to what fits together in the most interesting way.

■What would you do to make your theater more attractive?

D: Be open longer hours, more days of the week, and have the patio cafe open so that Fairfax Cinema is a place that patrons can spend time in the building, enjoy themselves, have conversations, read books - not simply a movie theatre that you file out of once the credits roll.

■What kind of audience would you expect to have?

D: We try to be as inclusive and as wide-ranging as possible in our programming, so I hope that we always have a diverse array of people coming to the theatre. All are welcome and wanted.

■What kind of pleasure or discovery could the audience get?

D: I hope that we can expose our audience to films they have never seen before (or at least seen at a cinema). Films that have been forgotten or overlooked, films ripe for reappraisal, the weird and wild, challenging films, etc. We always try for 35mm prints too, and are dedicated to showing things with the highest picture and sound quality we can find.

■What kind of mood and atmosphere would you put the theater?

D: We strive to be warm and welcoming to everyone who we engage with, online and in person. People should feel safe, comfortable, and relaxed. Even if the movie being watched is tough to sit through, I still want customers to be having a good time.

■The plan toward the future.

D: Get back to normal screenings! I cannot wait till we can open our doors again. We had some amazing stuff lined up before we shut down which we will return to when it is safe to do so. Over the brief period we were open, we went from screening 2 films per weekend to 5 films a week. We were only open 2 1/2 months before the shutdown, and we were growing exponentially. We hope to pick up where we left off, grow our audience, show great movies and make the space something really special and unique.

As of the end of May, there is no plan that Fairfax Cinema will be able to return to normalcy. But Daniel says, "I have ideas for screening movies again for small groups." Between the lines, I can feel his earnest desire to reopen the theater. On June 1st, many movie theaters in Japan will be opening their doors again. It might be a meticulous restarting, even though taking careful preparation during the closure, but still with worry. A movie theater will greet you with a familiar look. But now the world has changed totally. We should not attribute the efforts of the people to nothing who work at theaters. Audiences are expected to watch films according to the new rules. Do not ever lose the impressive presence of the large screen you have fallen in love with again. 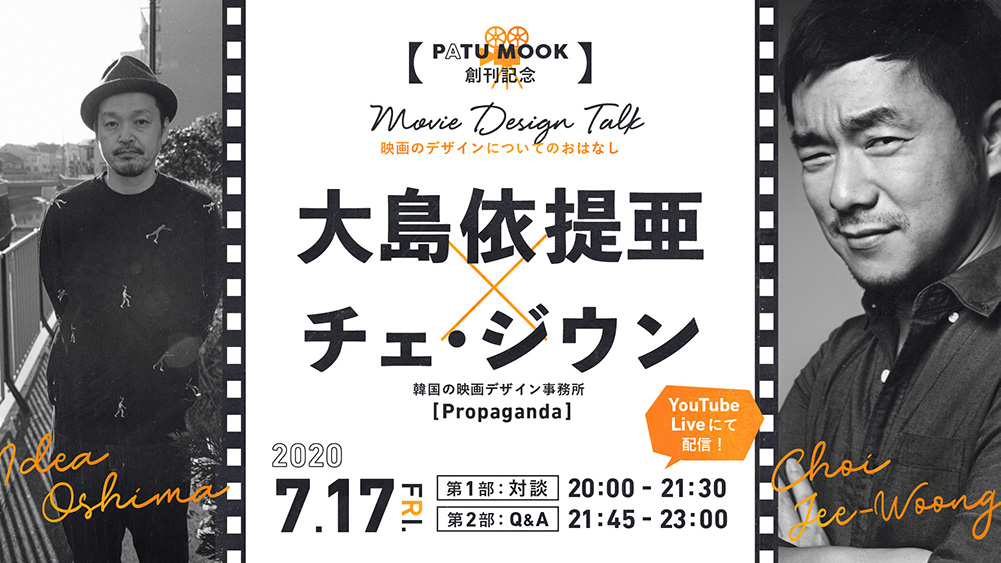 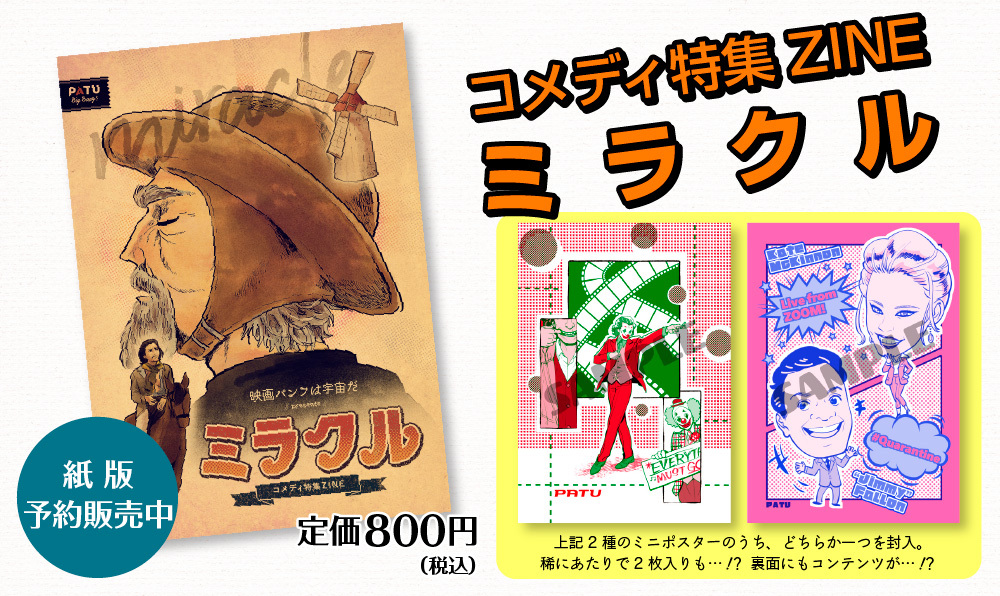 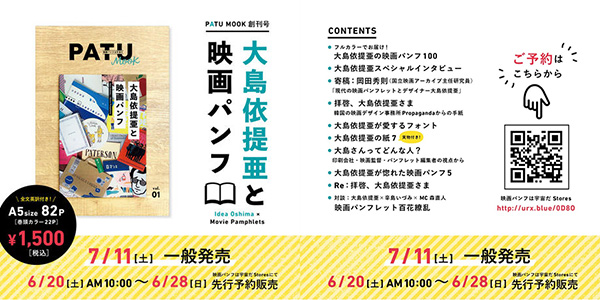 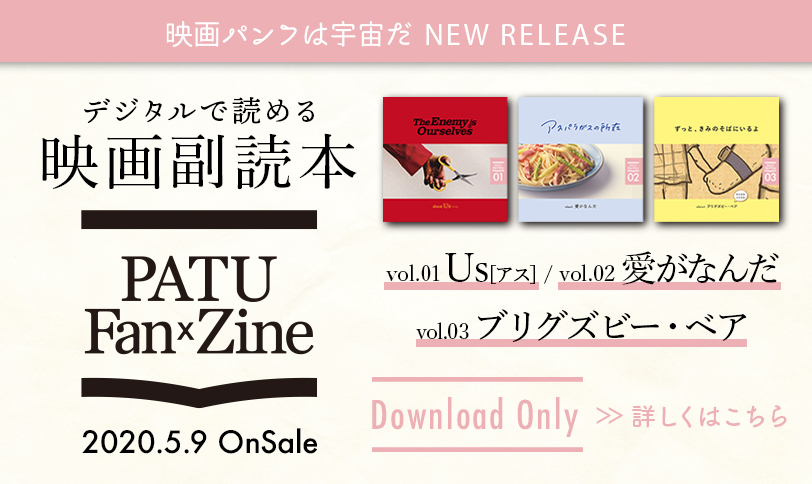 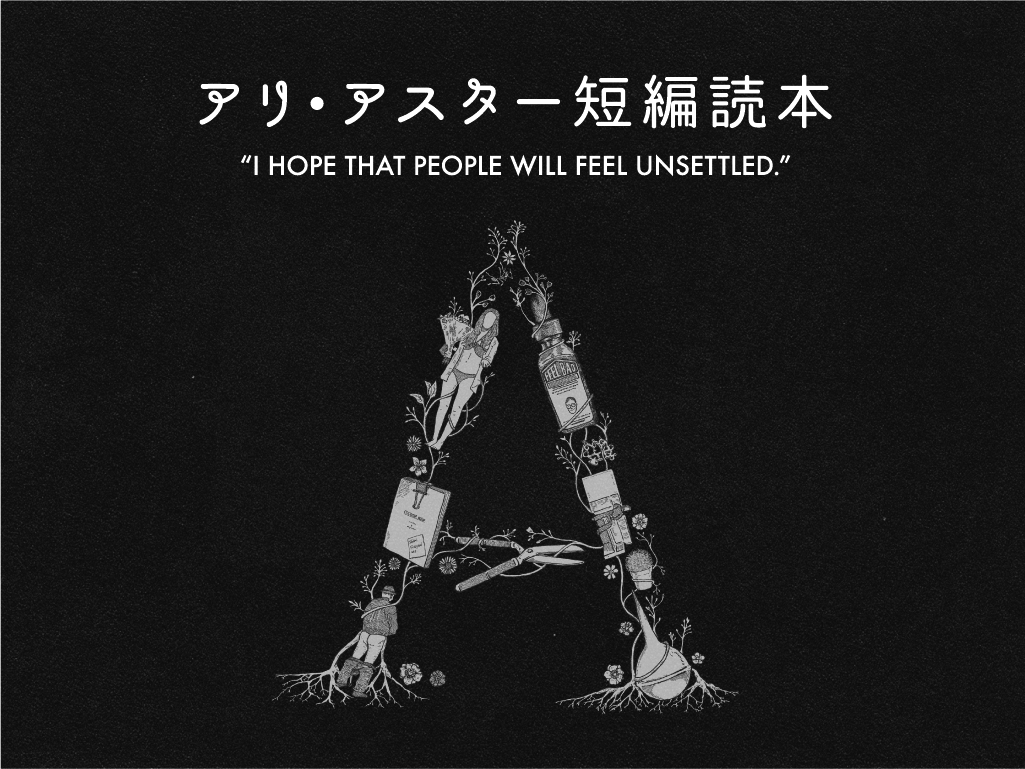